Back to top
Skip to main content
L'intempo by Sergi Arola
Call to Reserve: +37793157888
HomeAbout Us

Hot or cold dishes, from the buffet or à la carte, in the restaurant, by the pool side or right down on the sand, Chef Laurent Colin's masterful combinations with Mediterranean accents delight the taste buds of every guest.

Chef Laurent Colin has a growing appetite for regional produce and recipes discovered through out the world. ‘À la plancha', pan-fried or steamed, every product is treated with respect.

He was recently inducted into the Disciples of Escoffier in the presence of Prince Albert II. 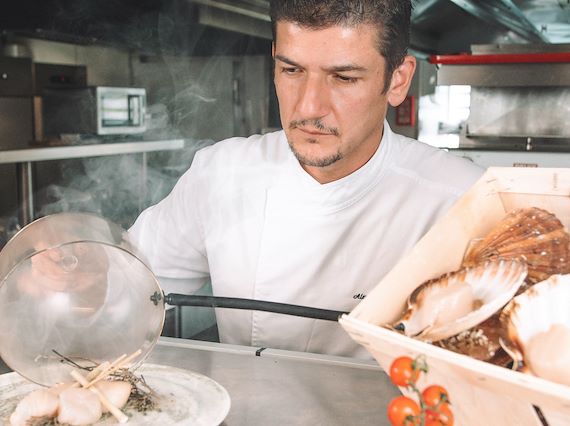 After a season with Philippe Labbé at the gourmet restaurant of La Chèvre d'Or (Eze), 2 stars in the Michelin Guide and six years at the Hermitage hotel in Monte Carlo at the Vistamar restaurant (1 star in the Michelin guide) with his chef and mentor Joël Garault, he evolves to reach the semi-final of the competition "One of the Best Workers in France", an assurance that leads him to Marriott International group, where he joins a magnificent hotel in Cap D'Ail as a Sous- Executive Chef. Then in Nice as Executive Chef where he learns the basics of kitchen management.

It is at Le Méridien Beach Plaza since 2019 under the benevolent gaze of Executive Chef Laurent Colin and a united team of professionals around him, that he cooks in his image; frank uninhibited, gourmet and modern. 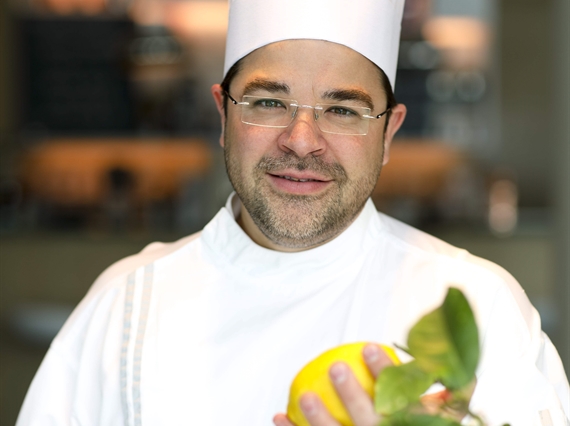 Julien Beaulieu
Pastry Chef at the Méridien Beach Plaza since 2006, Julien Beaulieu was trained by Luc Debove, “Meilleur Ouvrier de France”. Specialized in confectionery and ice cream, he has received numerous first prizes for his sugar and chocolate pieces. In 2014, he made an incredible chocolate dress with his team for the Salon du Chocolat.

A remarkable talent who counts among his fans HSH Princess Stephanie. For the humanitarian organization over which she has presided since 2004, Fight Aids Monaco, the Princess her self joined forces with the young prodigy to recreate her two favourite desserts, the ‘ moelleux au chocolat ’ ( light chocolate cake ) and the tarte tatin, sold during the month of December 2012 on the occasion of World Aids Day. 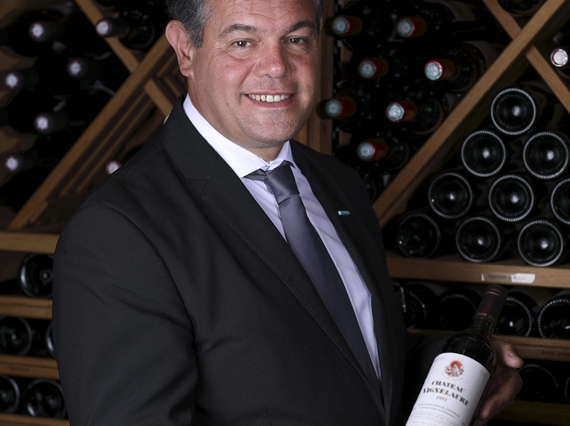 Dominique Milardi
Chef sommelier of the Le Meridien Beach Plaza hotel since 2004, Dominique Milardi manages daily a 250 wines cellar. Passionate for more than 25 years, he fell in love with the sommelier in London in The Oak Room kitchen. In 2013, he was the Principality candidate for the Best Sommelier World Championships in Tokyo.

Through his passion for wine and spirits which he willingly shares with the hotel’s clients or within the context of his wine - tasting class– he has distanced himself from academic knowledge to follow new paths of his own- poetic and exalted paths. Instructor for Le Méridien chain and a passionate ambassador of the Monaco lifestyle, Dominique Milardi knows how to talk about wine and how to share the pleasure of a tasting session. 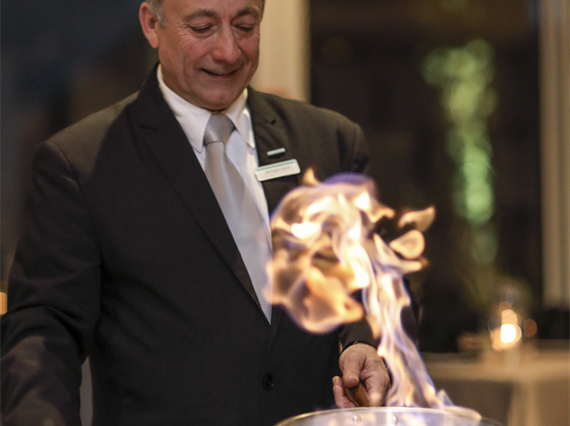 Antonio Fochi - The Art of serving

A highly colorful personality, originally from Parma, Antonio Fochi is considered as the memory of Le Méridien Beach Plaza. Trained at the Cap-Ferrat hotel and at La Réserve in Beaulieu, it has been thirty years that this young-at-heart gentleman inspires clients with his knowledge and his anecdotes.

In spite of his unrivalled knowledge of the history and art of service, Antonio Fochi is anything but nostalgic.

A true ambassador of the hotel, he never ceases to pass on his knowledge to the younger generations through his courses at the hotel school and to prepare for art of serving competitions or his demonstrations alongside his culinary associate, Dominique Milardi.